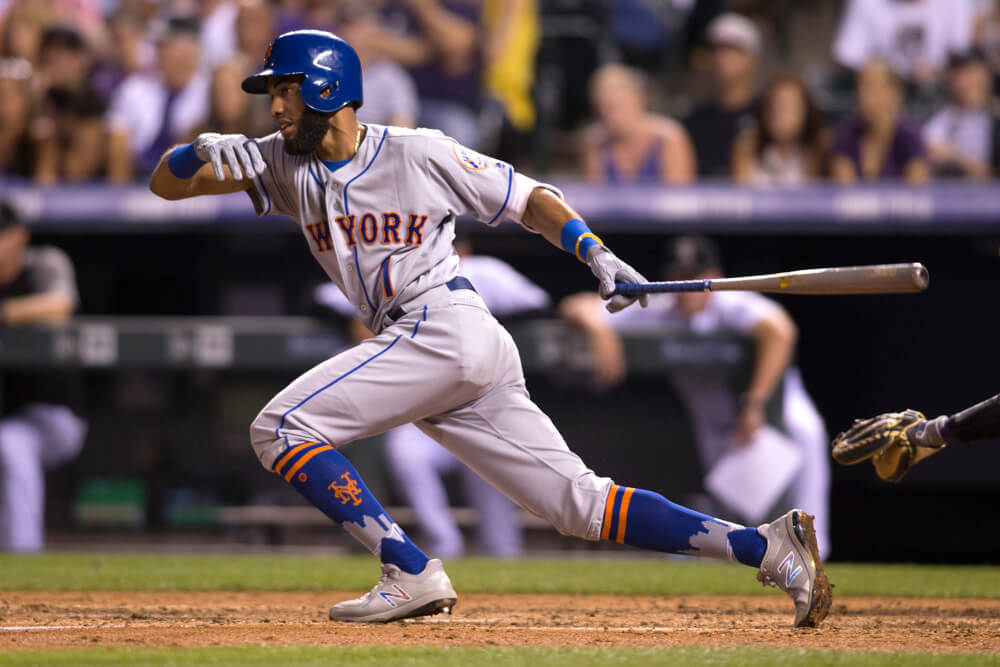 What to Expect From Amed Rosario by Mojo Hill

With all the talk this offseason about signings and trades the Mets should and shouldn’t make, a name that seems to have somewhat surprisingly been lost in the fold is their shortstop of the future, Amed Rosario. While there has been a lot of debate over who should be playing the other positions on the field, it has been pretty much assumed all along that Rosario, the former top prospect in all of baseball according to some scouts, will be playing shortstop.

Rosario’s highly anticipated 2017 debut was a mixed bag, with his defense and speed looking as advertised, but his offense — particularly his plate discipline — being nowhere near the caliber of a star MLB shortstop.

And while his defense at shortstop is an easy upgrade over anyone else on the roster, his defensive play looked like it still needed some ironing out, which is to be expected out of a 21-year-old in his first taste of the big leagues. I’m sure he has been working hard on his flaws this offseason and I think it’s reasonable to expect some improvement in all areas.

But how good is this guy really going to be? If he were to exactly repeat his 2017 performance over 600 PA, he would be worth about 1.1 fWAR, which is below average for a starter, and that’s including his great defense. He batted .248/.271/.394, with a terrible 28.8% strikeout percent and 1.8 walk percent. For someone who doesn’t overwhelm with power, this lack of contact and plate discipline is simply not acceptable.

Rosario has been billed as the future of this franchise by many and has even earned some Francisco Lindor and prime Jose Reyes comparisons. He was viewed by many scouts as the top prospect in baseball. Thus, it makes sense that Mets fans are going to be excited to watch him play. But this year especially, we are all going to have to temper our expectations for Rosario, as he still has a lot of flaws to work out. 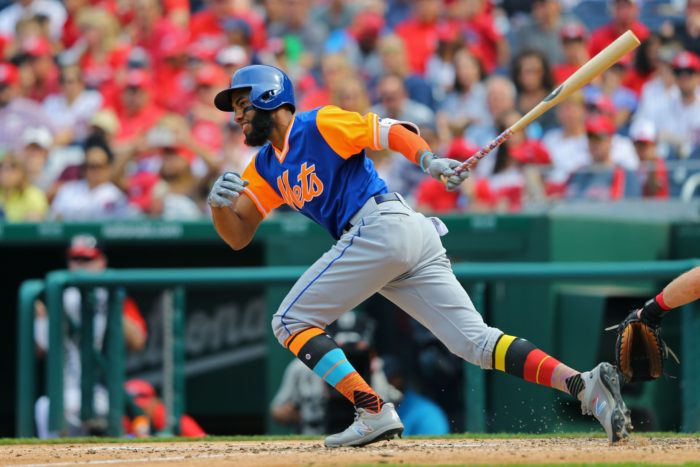 As you probably could tell, he has a very aggressive approach at the plate. When he’s up there, he’s not trying to work a walk or blast a home run — he’s simply trying to put the bat on the ball and hopefully drive one to the gap. He also has the speed to beat out a lot of ground balls that most guys don’t.

While he shouldn’t completely change his style of play, he needs to learn when to keep the bat on his shoulder. Among all hitters with at least 170 PA in 2017, Rosario had the fourth-highest O-Swing percent, just ahead of notorious free swinger Javier Baez and behind only Salvador Perez, Raimel Tapia and Corey Dickerson.

The difference between Rosario and those hitters ahead of him is that each of them made contact about 15 percent more often than Rosario when swinging outside of the zone. He swung at too many pitches out of the zone, and when he did swing at those pitches, he didn’t make contact with enough of them, suggesting that he was legitimately fooled on a lot of bad pitches and wasn’t just trying to be aggressive. There is such a thing as a “bad-ball hitter,” but Rosario is not one of them.

And it’s not like he makes up for this flaw by hitting everything in the zone. He swung at pitches in the zone at about a league average rate, but he only made contact 75.9 percent of the time when the league average was 85.5 percent. Overall he swung and missed 18.1 percent of the time. For someone labeled as a contact hitter, Rosario did not show it in his first taste of the Majors.

The key to making big strides with the bat will stem from his selectivity. If he learns to be more selective and lay off bad pitches, he’ll start striking out less and walking more. By striking out less, he should hit for a higher average, and walking more will add to his OBP to hopefully get it up into that .300+ range that is expected of nearly all Major League starters, regardless of the position they play or how well they play it.

He’s going to have to strike out less to raise that average significantly up from .248, because even with his speed, I can’t see his BABIP increasing much from the .330 mark he put up in 2017. He has speed and put up high BABIPs in the minors, so he should definitely be able to maintain an above average BABIP going forward, possibly even higher than .330, but I believe the only way he can get his average to raise significantly is if he focuses on only going after good pitches and putting the bat on the ball more often. 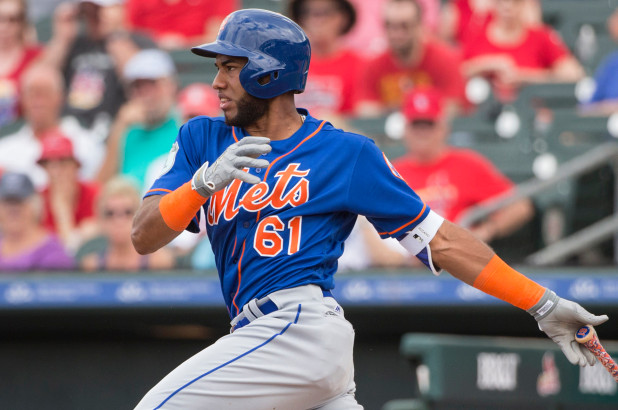 While power is not a strength of his either, I don’t view this as being as much of a problem. His .145 ISO was about average for a shortstop (.147). In the past .145 may have been more impressive, especially for a shortstop, but the juiced ball has slightly skewed today’s power numbers across the league. Rosario’s power has developed nicely as he has filled out; he had very little power in the low minors but got his ISO up to .135 between Low-A and AA in 2016 and .137 in AAA last year.

It will be interesting to see how his power develops going forward, since his power is already acceptable for a slick-fielding shortstop and he’s still 22 and could fill out some more. I think it’s worth pointing out that Lindor, who as mentioned before has been compared to Rosario, never put up an ISO above .118 in the minors (Rosario’s high was .137), then put up ISOs of .169 and .134 in his first two Major League seasons (similar to Rosario’s first season), before breaking out with a slugger-esque .232 ISO at age 23 in 2017, to go along with 33 homers.

Obviously power isn’t quite as special a tool now as it used to be, and the juiced ball had something to do with Lindor’s breakout. However, it’s not unreasonable to think that something similar could happen with Rosario as he fills out at about the same age Lindor filled out.

So what exactly should we expect from Rosario in 2018? We will get very good defense, there’s no doubt about that. But I think his offensive progressions — or lack thereof — will ultimately boil down to how well he improves his plate discipline. FanGraphs Depth Charts projects Rosario as walking slightly more, striking out slightly less and hitting with less power while batting .257/.297/.375 for a 79 wRC+ and 1.1 WAR, which is very similar to what he did last year, just projected over 616 PA.

Realistically, Rosario’s performance last year is probably about his floor, and his floor looks pretty similar to what Freddy Galvis has become, if not even worse. But he has Lindor-esque upside if he improves his plate discipline, and that is definitely something to get excited about. His current level of production is nothing more than a modest producer at the Major League level, but he’s not far from becoming an average-to-above-average producer and potentially even more past that. And being only 22 years old, he still has lots to learn and lots of time to improve.

5 Replies to “What to Expect From Amed Rosario” 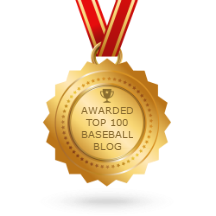