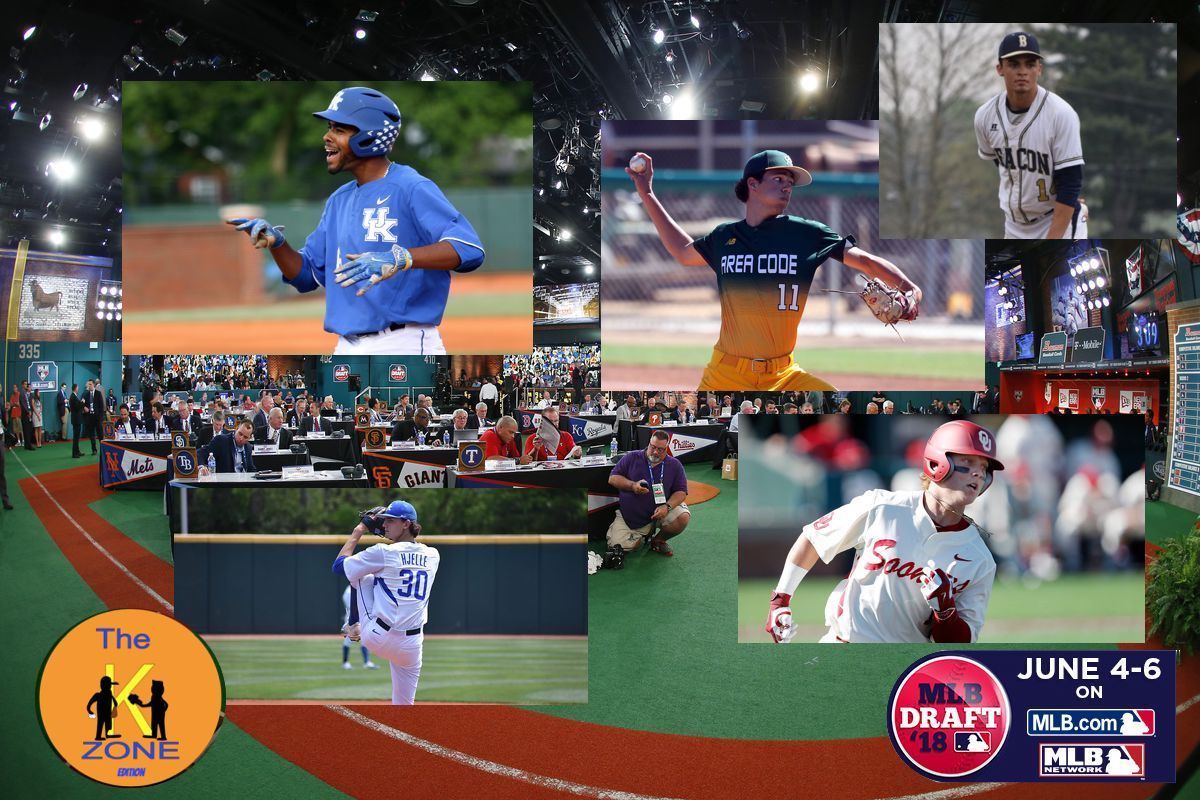 With the 2018 MLB Draft coming up, here are some exclusive interviews with this years top 100 projects. Make sure to follow these big names June 4th through June 6th, and see which team they will develop in for the years to come!

“Few players in the 2018 college Draft class can match Walker’s track record with wood bats. He led the Northwoods League with a .406 batting average in the summer of 2016 and was Team USA’s most productive hitter last summer. His pure hitting ability gives him a chance to become the first Oklahoma position player selected in the first round since John Russell in 1982.

Thanks to his hand-eye coordination, pitch recognition and controlled approach, Walker repeatedly laces line drives to all fields. He’s not big but he has a quick left-handed swing and some deceptive strength that should produce at least average power. Though he makes contact so easily, he continues to hone his plate discipline and draws his share of walks.

Walker’s bat is his lone above-average tool and will have to carry him. While he uses his savvy to get the job done in center and right field for the Sooners, his average speed and fringy arm likely will push him to left field in pro ball. Scouts do love his instincts and makeup.” – MLB Pipeline 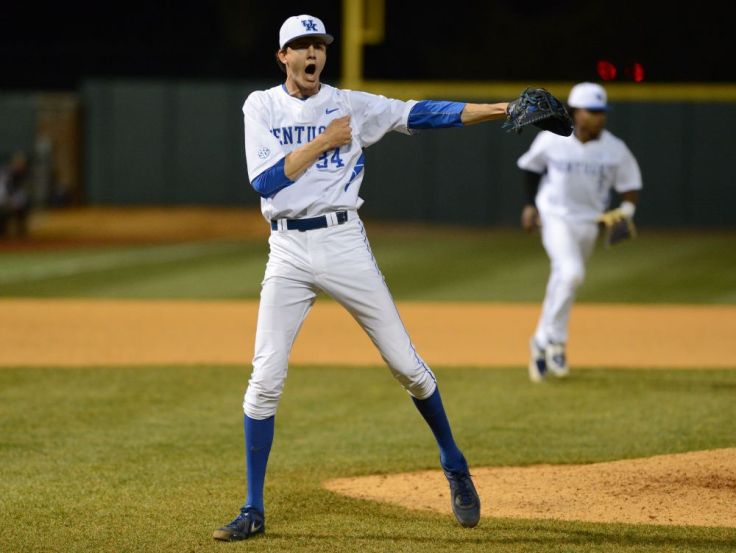 “If Hjelle reaches the big leagues, he’ll match 6-foot-11 Jon Rauch as the tallest player in MLB history. After tying Kentucky’s freshman record with eight saves in 2016, he moved into the rotation last spring and won Southeastern Conference pitcher of the year honors. With an even better junior season, he has a chance to follow Joe Blanton (2002) and Alex Meyer (2011) as the only Wildcats pitchers ever taken in the first round.

Hjelle’s best pitch is his low-80s knuckle-curve, which has impressive depth. His fastball velocity has improved from the upper 80s as a high school senior to the low 90s at Kentucky, and he intrigued scouts by hitting 96 mph during fall practice heading into 2018. He has good feel for a changeup, mixes in a slider/cutter and throws all four of his pitches for strikes.

Hjelle has remarkable coordination for such a tall pitcher and consistently repeats his delivery and throws strikes. While he’s not overpowering, his huge size adds plane and angle to his pitches that make them difficult to hit. His stuff has gotten better as he has gotten stronger, and his frame still has room to carry much more than his current 215 pounds.” – MLB Pipeline 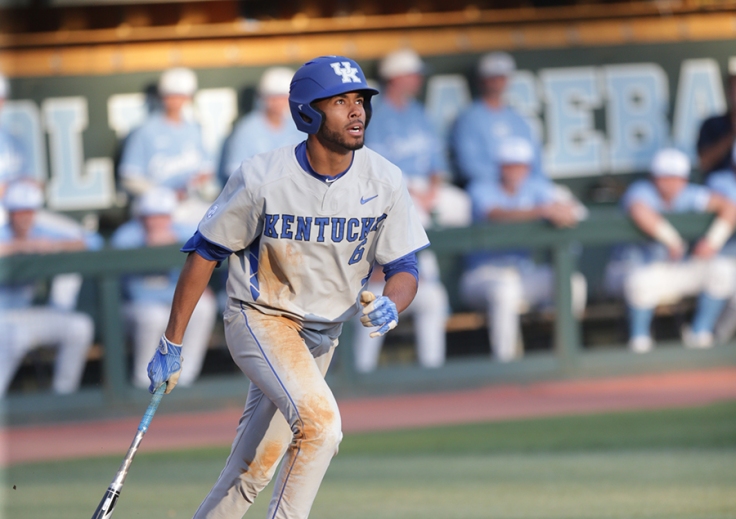 “The younger brother of Blue Jays outfielder Dalton Pompey, Tristan is more advanced and more physical than his sibling at the same stage of their careers. A 31st-round pick out of a Canadian high school by the Twins in 2015, he has the tools to go in the first round three years later. To join Chad Green (1996) and Evan White (2017) as the only Kentucky position players ever to go that high, he’ll have to shake off a down summer in the Cape Cod League that left scouts questioning his ability to hit with wood bats as well as his effort.

A switch-hitter, Pompey shows aptitude and power from both sides of the plate. He has the ability to hit for a high average with 15 or more homers per year, though his Cape struggles were a surprise after he batted .361/.464/.541 during a breakout sophomore season with the Wildcats. He has logged similar numbers as a junior, displaying a quick bat, good strength and a patient approach.

Though Pompey has solid-to-plus speed, he’s not always that fast out of the batter’s box and is still learning to get the most out of his quickness on the bases and in the outfield. He played mostly right field in his first two years at Kentucky before seeing more action in left field this spring, and he needs to improve his reads and routes. His arm is fringy at best, making him better suited for left field than right.” – MLB Pipeline 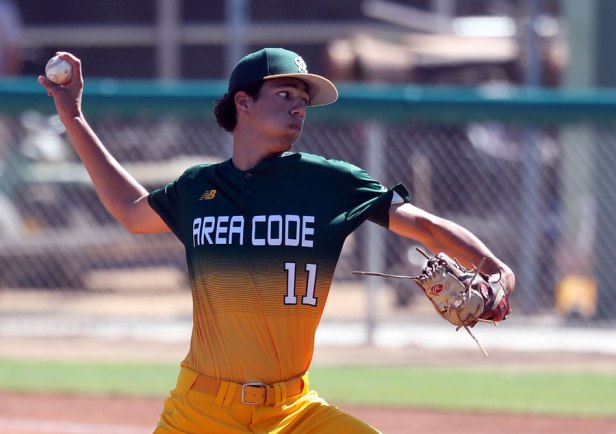 “While the high school arms in other parts of the country get more attention, Pipkin made sure Northern California would be visited frequently by scouts when he kept pace with top prep prospect Ethan Hankins (Georgia) velocity-wise at the Area Code Games over the summer. His stock took a hit when he broke out of the gate poorly this spring, but he was righting the ship as his senior season wore on.

Tall, athletic and projectable physically, Pipkin screams upside potential. With a quick arm and long frame, he was up to 95-96 mph at Area Codes and maintained his velocity across two innings of work, though he was more in the 92-93 mph range early this spring. He’s demonstrated the makings of good secondary offerings as well, flashing a plus slider and showing feel for a changeup, giving him the chance to have three at least average pitches at his disposal. All of it comes from an easy and clean delivery.

The biggest question mark around Pipkin is with his command and control, which can be shaky at times. There’s reason to hope that his athleticism and delivery will lend itself to harnessing his stuff, especially as he matures. His ceiling could be entice a team to draft him early enough to not head down the road to California for college ball.” – MLB Pipeline

“There have been some good high school arms taken from New York state, most notably Ian Anderson, the No. 3 overall pick in 2016, and Scott Blewett, a second-round pick back in 2014. Torres Jr. won’t go as early as Anderson did, but also seeing him come off the board in the top two rounds seems very reasonable.

A standout for Beacon High School, Torres put his name more firmly on the national radar with strong showings at Perfect Game National, the Tournament of Stars and by pitching in the PG All-American Classic Game. He cemented his spot by coming out of the gate and showing similar arm strength this spring. The right-hander will sit around 93 mph right now and can touch 96-97 mph, and it’s easy to dream on more velocity consistently in the future, especially given he’s just 17 years old. Torres has a slider that could be a future plus pitch, though he doesn’t always show it now, dominating his competition with his fastball. He’ll also fiddle with a changeup in the bullpen that has some arm side run, but he doesn’t use it in games.

Like with many young pitchers, he’s more control over command right now, but he tends to throw strikes. Some see a future reliever in the St. John’s commit, but the team that thinks he can start will be the one to take him in the top few rounds.”  – MLB Pipeline

Comment below on how we can improve the articles!

Creator of The K Zone. View all posts by Mike Duffy

3 Replies to “Before they were Drafted: 2018 MLB Draft Edition Interviews”